Occasionally we find praying mantis insects wandering around on the plants in our garden. Since we do not permit the use of insecticides nor chemical fertilizers in our Mayan medicinal plant research garden, we have lots of happy insects.

Recently we found what we thought was a female who had just consumed her male lover! (typical of praying mantis, orb spiders, and a few other insects and arachnids). But the “dead” mantis was possibly the exoskeleton of the extant mantis. Or the exoskeleton could have been nearby solely by coincidence.

I estimate the extant mantis was a female, due to its considerable size.

I always thought that a praying mantis would try to eat anything that came near (such as fresh flesh of my fingers). But I was able to interact with this mantis. Just like the tarantula spiders that I find out in the jungles, the mantis would kind of check out my hands before deciding to move from one hand to another. The mantis never tried to bite me or any other form of attack.

We found this Praying Mantis in our yard. She was standing at the top of this fern. She looks evil and dark, so thats why you can associate her with an antihero character.

However on the Internet you can find plenty of videos of a praying mantis trying to jab the fingers of a person holding it. But this is normally when the person is impolite and tries to irritate the mantis.

After we did a lot of photography and a short video, we put the mantis back outside on the same plant where we had originally found it.

But as a female comic book character, a cannibalistic yet praying mantis female definitely has some potential for satire on diverse topics. The easy puns are of course the traditional pose of this remarkable insect. It could easily represent a lady boxer, or a female Kung Fu fighter.

Genus and Species of this Praying Mantis are unknown

We have so many insects in our garden it is tough to identify each one as to genus and species. 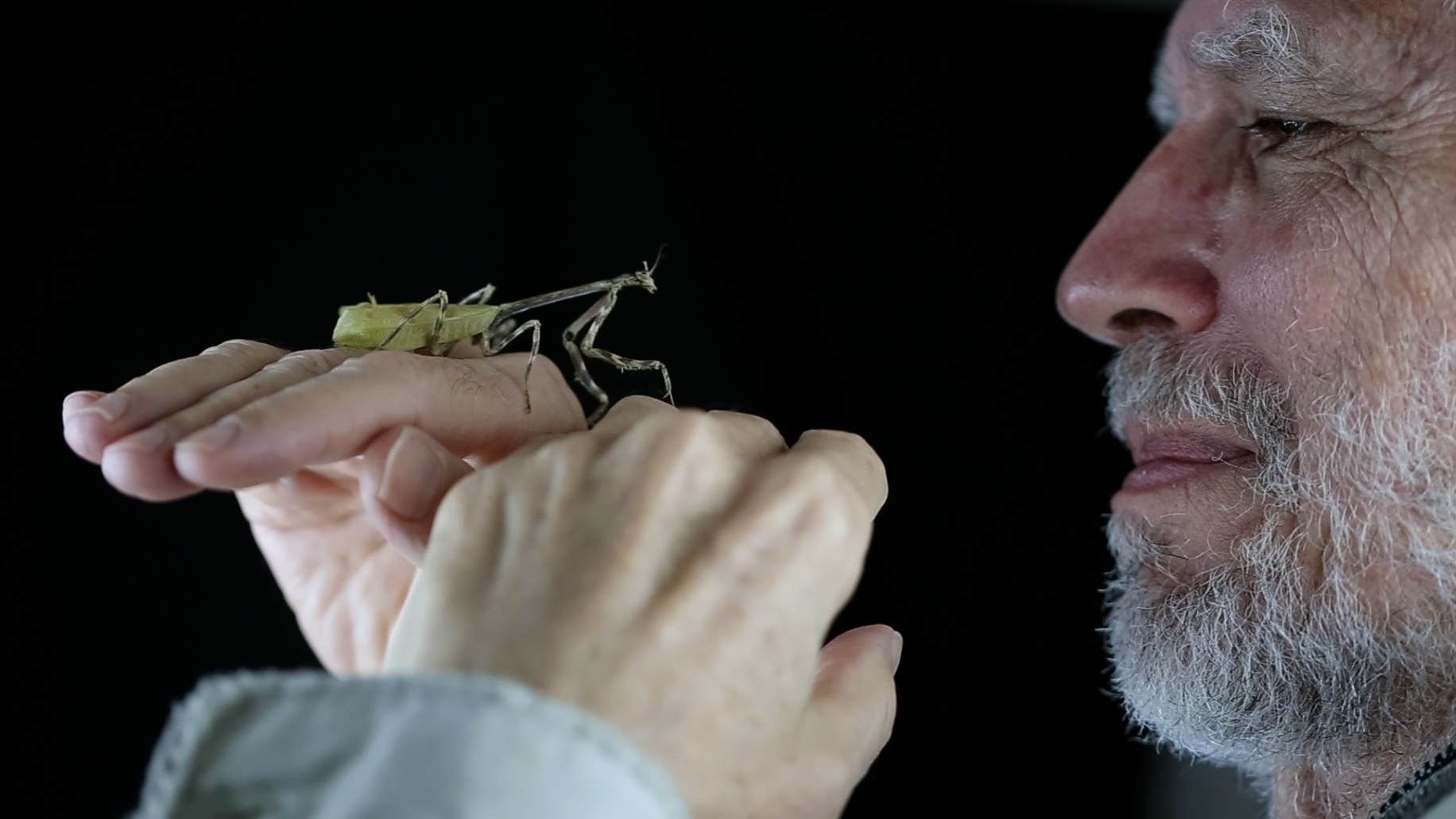 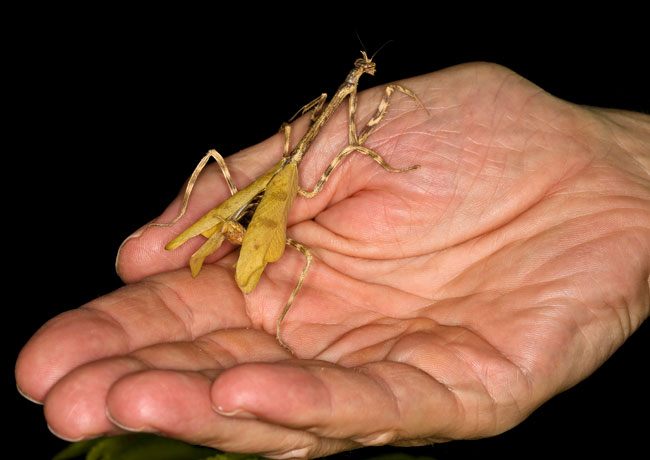 One way to learn about insects is up-close and personal. So here is Dr Nicholas getting to know this praying mantis (we hope she does not bite off Dr Hellmuth’s finger or thumb).

After an eye-to-eye session, we let the female praying mantis go in the garden, where it is probably happily looking for a male companion so it can have some fresh meat for dinner.